Embark on fun-filled journeys to places that exist only in fiction..

Shobana Gomes is a poet, essayist, novelist, lyricist, and translator.  Her poems and stories have appeared in the International Forum for the Literature and Culture of Peace (IFLAC), E.C.Magazine, The Winning Writers, Subtledge-Indus India, ArtHut, MasticadoresIndia, among others. She has translated the legendary poet and freedom fighter, Jose Marti’s Golden Tales from English to the Malay Language for the Cuban Embassy in Malaysia. She is the contributing writer for MasticadoresIndia.com.

Visit her free and discounted eBook blog, Shobana's Book Station, https://shobanabookstaion.blogspot.com, where you can unwind with earth-shattering stories to keep you enthralled and entertained.

Her book, As Delicate as Snow, won the third prize for the 2021 Reader's Choice Award Contest by TCK Publishing, USA. https://www.amazon.com/dp/B09D749VM6

Her website address is https://simplyshobana.net.  When she is not writing, Shobana creates beautiful poetic memorabilia for special occasions. She is married and currently resides in Malaysia.

Poets are born and gifted with heaven inspired religion - shobana

Once upon a time, when heaven opened its doors to its people of religion, there was a long queue at the Pearly gates.

Men, women and children stood in all their finery to get in. The clothes they were draped in at their farewell ceremony.

However, the poets in line moved a step behind. Letting the children and women pass before them. They knew the angels from among the crowd.

St. Peter called out, " Any poet here?" I am sure the angels are waiting to welcome you.

"And, why is that, St. Peter?" one chagrined spectator called out. " Aren't we all the same here. Isn't everyone here waiting to see the KIng, the same?"

But, the man was not enthused. His anger rose as he tried to calm his jittered nerves. He died as he lived, with lots of anger within.

"Well, I want to see the angels too, which is why I am here. The line is long, St. Peter, can you perhaps let me in, before the poets, I mean?" St. Peter who was holding his staff felt the man's scowl reflect across his face.

The heavens hushed and the thunder clouds appeared. "Who dares disturb the peace of St. Peter?" they mulled.

The man was silenced and he tried to hide his chagrin and scowl.

When St. Peter saw that he was subdued, he said, "Poets walk like the angels on Earth. They speak the language of love, beauty, faith and willfulness."

They are the reason. The epitome of inspiration.

Poets are born and gifted with heaven-inspired religion - shobana

It was while the skies retreated for the night 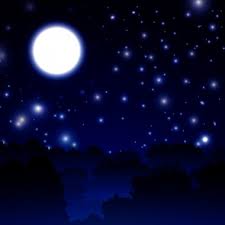 He said as we walked side by side, on a moonlit night,

The moon was crowned by twinkling stars,

Both tiny and large,

While the skies lay subdued and rested.

The skies had retreated for the night.

They had brightened the day,

Brought sunsets to the Bay,

And wanted the limelight to be cast

Wasn’t the night a time to be enlivened by stars?

She looked up at the awesomeness of a beholden sky.

Why do you say that? she asked. Piqued.

He joined her in her pose,

Standing by her side, he said after a tiny pause,

Because stars too fall out from the skies,

Leaving a vacuum of sorts where they once burned bright.

The skies must be short of one tonight.

She smiled as she envisaged,

Upon the ground unyielding,

While the skies retreated for the night.

When God came-a-calling, it was when I heard a knock,

and thought it unwise to open the door.

When God came-a-calling, I heard a gentle voice,

and thought it a passing when I saw no one around.

When God came-a-calling, I was walking on sea shores,

stepping on seashells, when he opened up the skies,

to sunrise, sunsets, and clouds that moved horizons.

When God came-a-calling, he saw that I was all alone,

he saved me from the ravages of sinful deeds of men,

of injustice, of greed, of vengeance, and more,

and there He was, lifting me up.

When God came-a-calling, he saw that world had no love,

until one day he brought forth someone who showed desire,  true love for a woman,

When God came-a-calling, he asked me to rise,

to be where the stars shine, to reignite a freedom lost, 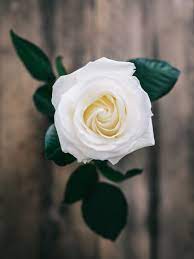 I knew it as the beauty meant to be,
I watched it bloom into the beauty it is today,
On some days. when you think of life as unbearable,
Just close your eyes,
And, Remember,
Life is meant to be lived like the rose,
From the seed into a plant,
A rosebud and then a flowered pawn.
Then when its time is over, no matter what temperament the weather,
It will wither away, taking its fragrance with it,
However, you, its admirer,
will remember that it perfumed your garden, once,
And bloomed as if it would remain a young rose forever.
Life is meant to be lived as if you will be young forever!
-shobana-

On the 1st of October

It is the 1st of October,

Autumn is in full bloom,

I am treading on wonder,

Of still calm lakes and the nights of the carousing moon.

I see the world waltz through many dangers,

Some stay alive to write of man’s blunders,

Not in shaded hues or vague images,

In bold and in statements of visceral languages,

I stare at them in stark awareness.

My wonder ceases when the first light of dawn does enter,

Another day of the month to believe that I matter,

In this life that isn’t really filled with laughter,

In this age where I would rather forget than remember.

O October, may thy name be remembered,

Be on tongues spoken of with much tender,

For, be not it be full of distraught and anger,

May it be as peaceful as a baby in slumber.

Of Distance and Friendship

In the distance I see summer,

While the world was winter ridden,

I walked along the ridges of borders,

Not singled out by man nor beast.

In the distance, I see the face of sorrow,

I hear not the cries of hunger,

I see not the face of pain.

Where do I begin,

To trace the beginning,

When care was forsaken

laid claim to a man's fate,

While someone somewhere hungered for a friend.

From across the oceans, and seas,

I can be your friend,

For I have never been blind,

Or denied a hand stretched out in friendship.

He says to me, Not the distance nor the hour can deny a man his freedom;

The freedom of speech,

The freedom to live,

The freedom to friendship,

The freedom to love,

The freedom to gain the world's wisdom,

The freedom TO BE.

Hello Everyone, It is the first of October, and I wish you all a great month ahead. I have a written a poem titled, On the 1st of October for you. I hope you enjoy reading it. - shobana

Hello everyone, I am really excited to be part of this prestigious lineup of poets and writers. I hope to share some of my work with you and would definitely love to read you as well as learn of the various programs here. Wishing you the best - shobana